Wang Dujin, Secretary of the Party Committee of the Institute of Chemistry of the Chinese Academy of Sciences, and Wang Zefeng, Chairman of the Shandong Paper Industry Association, delivered speeches successively, congratulating the project's commissioning and giving high hopes to the development of the project.

Group Chairman Li Ruifeng introduced the Henglian Bio-based New Materials Industrial Park project. He pointed out that the Henglian Bio-based New Material Industrial Park project is a modern green industry project that Henglian Group is striving to build. It is a strategic emerging industry that Weifang City focuses on fostering. It is included in the major science and technology special projects of Shandong Province and the provincial new and old kinetic energy conversion project. Library. The total planned area of the project is 2000 mu, with a planned total investment of 6 billion yuan. The first phase covers an area of 486 mu with a total planned investment of 1.67 billion yuan. The park mainly constructs bio-based degradable green cellulose membranes, bio-regenerated cellulose membranes, bio-cellulose casings and other projects, and strives to build the park into a leading domestic research and development and production base for new materials in 3-5 years, striving to create a national-level cycle Economic Demonstration Park.

The construction of a bio-based new material industrial park is a major strategic deployment made by the Weifang Municipal Party Committee and the Municipal Government focusing on the transformation and upgrading of traditional industries, the cluster development of emerging industries, and the orderly conversion of new and old momentum. After the completion of the park, a series of high-performance, high-tech, and environmentally friendly products such as bio-degradable green cellulose film, bio-regenerated cellulose film, and bio-cellulose casing will become the group's leading products. The green cellulose film and other products developed in cooperation with the Institute of Chemistry of the Chinese Academy of Sciences have overturned the traditional technology and realized the green manufacturing of the production process. The product is green and environmentally friendly, degradable, and solves the problem of "white pollution"; it is non-toxic and harmless, and can avoid the harm of plasticizers to the human body; it has good printability, compositeness, air permeability, high temperature resistance, no static electricity, etc., It can be widely used in food, medicine, agriculture, Internet and e-commerce, military industry and automobile tires, electronics, aviation, aerospace and other fields.

Li Ruifeng said that the group will seize the opportunity to further expand the application fields of new bio-based fiber materials, accelerate the construction of the second phase of the project, and accelerate the new and old momentum in accordance with the standards of "high-end, green, intelligent, differentiated, and international" The pace of conversion is to build the new park into an internationally advanced bio-based new material demonstration base, making new and greater contributions to the construction of a modern, high-quality city.

More than 500 people including leaders of relevant units in Weifang City and Hanting District, leaders of banks and other financial institutions, and group employee representatives attended the project commissioning ceremony. (The picture below shows the leaders visiting the production site) 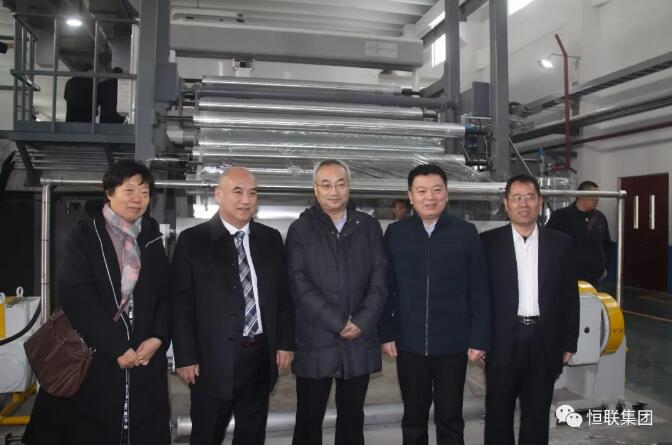 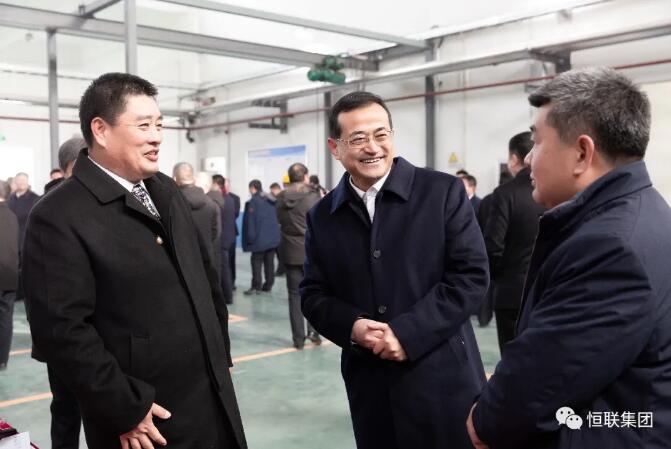